One of the most important global issue

· More people die each year from hunger and malnutrition than from AIDS, tuberculosis and malaria combined.
· In 2009, food crisis persisted in 32 countries from the 36 affected in 2008
· World Bank estimated that cereal production needs to increase by 50% and meat production by 85% between 2000 and 2030 to meet demand.
· In 2021, levels of hunger surpassed all previous records as reported by the Global Report on Food Crises (GRFC), with close to 193 million people acutely food insecure and in need of urgent assistance across 53 countries/territories, according to the findings of the GRFC 2022. This represents an increase of nearly 40 million people compared to the previous high reached in 2020. 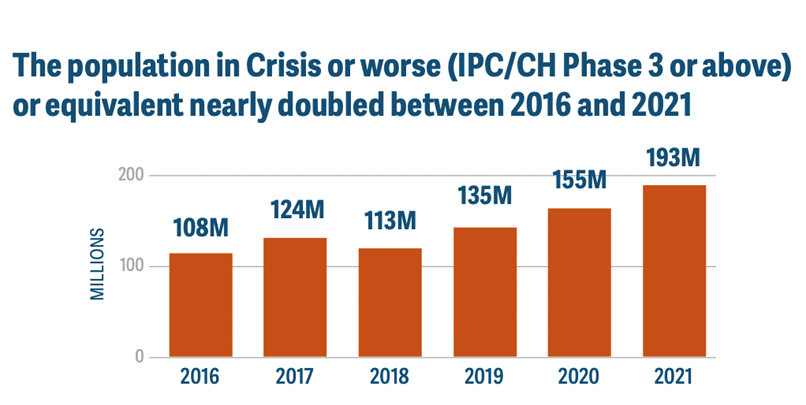 · According to a report published by the World Bank, global food price increased by83% between February of 2005 and February of 2008.
· Food production Cost=Labor + Land + Materials + Fertilizer + other operating costs (agrochemicals, irrigation systems, transportation, etc.)

· Fertilizer, irrigation, storage, agrochemicals, and transportation belong to Energy costs
· Rising energy price brings the issue of escalating food prices : Figures from the Commodity Research Bureau and the FAO show a take off in energy prices, before food prices start to rise

Energy cost means the price of fertilizer: The fertilizer made from ammonia which is produced from natural gas. The cost of natural gas makes up 90% of the cost of producing ammonia

a. Industrial production of ammonia and fertilizer’s role

- Ammonia was first manufactured using the Haber process on an industrial scale in 1913(BASF’s Oppau plant in Germany).
- Fertilizer generated from ammonia produced by the Harber process is estimated to be responsible for sustaining one-third of the Earth’s population: increased crop yield

b. The rise in energy price has contributed to an increase in fertilizer price.

- The production of ammonia consumes about 5% of global natural gas consumption, which is 2% of world energy production.
- 110million tonnes of nitrogenous fertilizer consumed per year.
- The cost of natural gas (energy cost) makes up about 90% of the cost of producing ammonia. The increase in price of natural gases over the past decade, along with increasing demand, have led to an increase in fertilizer price.
- Energy and fertilizer prices have been a key reason for the surge in food prices, and remain an ongoing concern : Energy prices, especially coal and natural gas in Europe, surged in 2021 and are expected to increase further in 2022. If energy and fertilizer prices do not moderate next year, food prices will be subject to significant upward pressure. 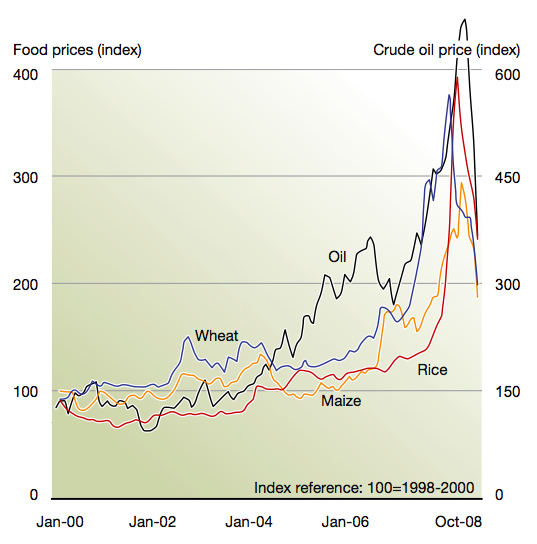 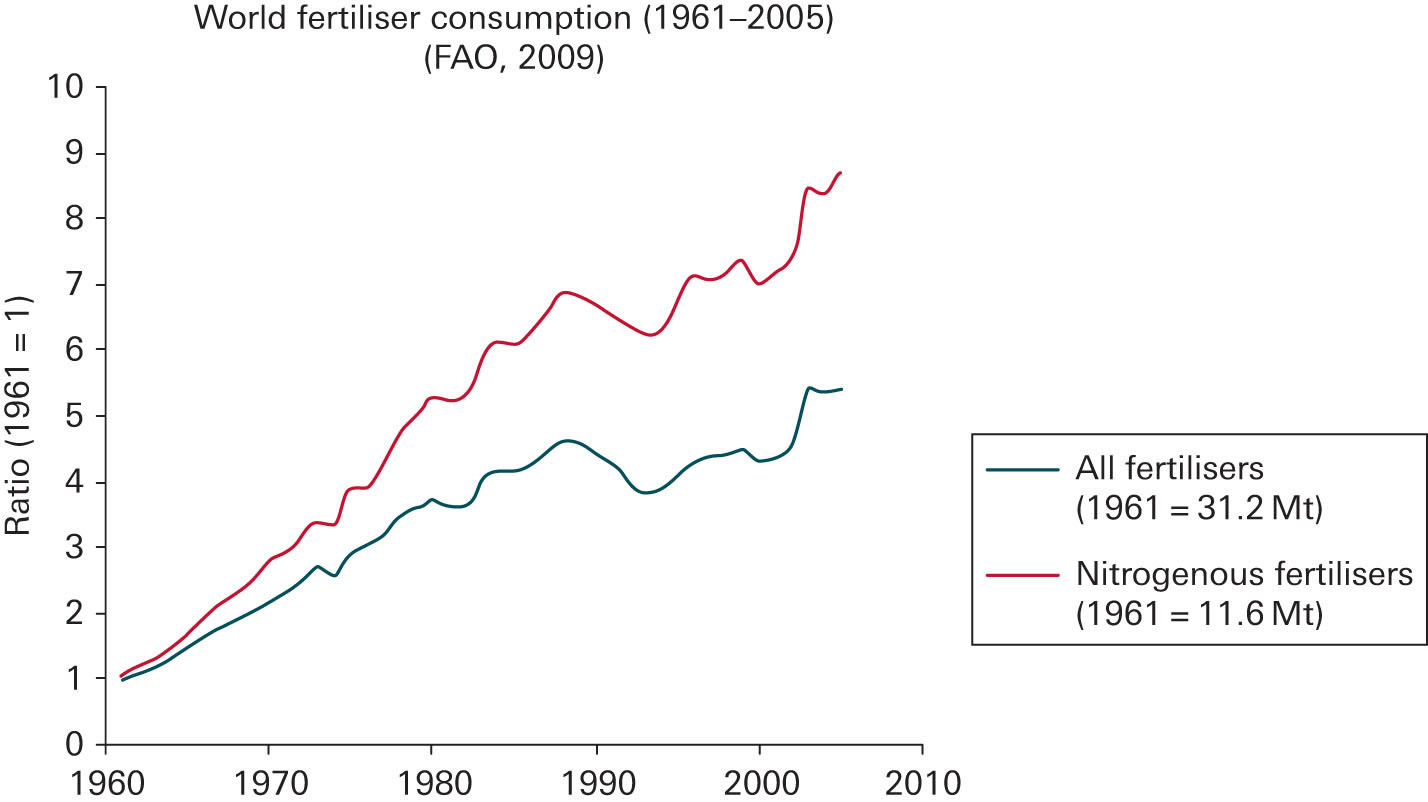 d. Food production and economics of fertilizer use

- According to the International Grains Council, biofuel accounted for as much as 6.5% of the consumption of worldwide crop(2007~2008).
- As farmers devoted large parts of their cops to fuel production, land and resources available for food production were reduced correspondingly.
- As much as 30% of the U.S. corn crop was going into ethanol production for automotive fuel in 2009: The use of corn for biofuel resulted in less crops available for human consumption.

a. The rapid rise in operating cost(food storage and transportation etc.) comes from the increased fuel price

- The average distance food travels form source to plate is 1,500mile and with unstable gas prices, the cost of transportation adds up quickly

- UN predict that irrigation demands will increase by 50~100% by 2025
- More than 30 countries have been involved in ‘water wars’ and 145countries share lakes and river basins, the use of which is governed by more than 300 cooperative agreements between nations.
- Countries divert water to irrigate land by building large hydroelectric dams and mega-canal projects: Irrigation has drained the Aral Sea.

- It is also prompting farmers around the world to expand their production of meat as well as the corn, soybeans and other crops used to feed livestock.→ More than 10 kg of grain is needed to produce 1 kg of beef.

- Millions of new consumers are becoming wealthy enough to switch, not just from rice to meat based diets, but also to diets that are rich in fruits and vegetables.

Food production is an energy intensive business: Through solving energy supply problem with wind power, we can solve food crisis.

a. The cost down in food production by supplying affordable fertilizer and agricultural energy

- Protection of available land for food production from natural disaster


· The reduced available land and resources for food production

③ Minimizing the reduction of available land for food production resulted from natural disaster such as floods, droughts by the use of clean wind power energy
Top